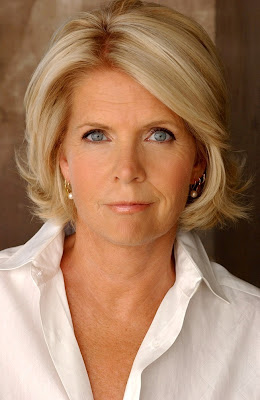 Sometimes you read a newspaper article and don't quite understand....what.....they're trying to....Did they just..?

There was an article in the Orange County register today written by Greg Hardesty and Rashi Kesarwani about local foreclosures and the psychological and emotional toll it is taking on local citizens and their families.

I think I understand the underlying message that is trying to be conveyed here (i.e. foreclosures are an event worthy of mourning), but I don't believe the three case examples cited are very supportive to the main idea.

Mr. Palmer's story is a sad one, but in my view it serves best as a textbook example of how deplorable health care costs have become in the United States these days, not to mention the soul-devouring frustration of dealing with disingenous healthcare insurers. Mr. Palmer's case serves to remind us all that even with the highest morality and greatest intentions to fulfill our contractual obligations, we are all just one serious illness or two away from permanent "foreclosure" ourselves.

The case of the Brixey family is so far removed from Mr. Palmer's, I almost got lost. OK, so I'm sure the Brixeys are going through a ton of mental anguish right now, afterall it must be quite difficult for large families with children to lose everything and start anew. However, it's pretty easy to see that, of the three stories described, the Brixey's probably utilized the least common sense and financial restraint in their decision-making over the last several years. I'm not saying they deserve foreclosure. I'm just asking the question after reading "$700,000" and "2005" in the same sentence, is this the part where we're all supposed to be shocked? I'm glad they're getting the help from friends and the community. But it is a sad and frustrating truth about Orange County real estate that very few constructed family residences here - even those priced at $700,000 - are really suitable for familes of three children, let alone six.

Cue the melancholy music and cut to a psychologist name Sharon Gerstenzang, Ph.D., of Fountain Valley who specializes in high conflict, trauma and crisis:

"Some mental health experts liken the experience to grieving over a loved one's death. Being foreclosed upon can sometimes be more than like a death in the family."

Well, I'm going to have to disagree with the honorable doctor on this one.

OK, so losing one's home may indeed be a traumatic experience that makes people very sad.

But foreclosure is not death, nor is it a "death in the family". If people are really feeling this way, then we have an incredibly mentally sick American society.

Homes are lost in fires and floods and storms in the hundreds every year across America. Also, family members are killed in traffic accidents, home accidents and violent crime. Some families are shredded by divorce. Some children go missing and are never found again.

Those are real examples of painful, brain-searing loss, from which few ever fully recover.

Relatively speaking, home foreclosure, while traumatic, is temporary. It ends. You can pick up your shit, move away and live on in another place. You can go rent a house or an apartmen and estabish a new life for yourself and family. You don't have the previous roof over your head, but you have yourself. And you have your family.

Most of the foreclosures in Orange County today, I suspect, are rarely related to Mr. Palmer's harsh circumstances. Life-saving drugs were so expensive and his insurance coverage was so restrictive that he decided he had no other choice but to leverage himself into oblivion to just stay alive! How in the fuck can the Brixeys or the Tiffins be placed on equal footing with that?

Foreclosure is more often than not the end result of when individuals buy more house than they could really afford and cannot meet their financial obligations under contract (the mortgage). Not always, but frequently foreclosures are often linked to risky financial decisions made years ago that have resulted in default. Low to no down payments, pick-a-payment mortgage programs, adjustable rate mortgages and buying at the housing peak.

These are events brought about by a human being's own cognitive thought process and own volition. All of us would be wise not to compare such events with the loss of homes to natural disaster, or to the death of a loved one.

Sure, Americans who live their lives as if it were a Lifetime Original television series entitled "Foreclosure" with Meredith Baxter Birney, might wish their foreclosure to be as traumatic as death. I can imagine that it might "seem like death" for some to find out just how incredibly naive, foolish and financially inept they really were.

In fact, let me close by saying that every single foreclosure and bank owned property that doesn't get marked to market is preventing the very economic recovery that this entire nation will soon desperately need. How ironic is it that ongoing taxpayer support for over-leveraged homedebtors may result in the death of economic viability for the United States of America?
Posted by Markus Arelius at 5/25/2009 06:37:00 AM

Thanks for the blog. Good coverage of the article. I was frustrated by the Brixley and Tiffen families also. It would be great if I wasn't paying my rent for over a year and remained in my home too. I would have a great additional savings. Things are going to get much worse in the next year once reality sets in. I am not sure my family will want to buy in OC after everything hits the fan.

I wonder what analogy the good doctor would use to describe having to sit back and watch your elected leadership use your tax dollars against you (30%+ of the population rents) while propping up the home values of morons (<10% of the population) who over bought and now can't afford thier homes.

they should explain it very well..some people didn't understand it easily or maybe misinterpreted its true meaning..thanks for this great article..

One must be real careful to work with a honest agent. Ray goldmann is dishonest and greedy agent whom only works for himself.