Sambol will be paid $28 million to stay on at BofA and run the consumer lending organization.

Politicians and homedebtor bailout champions like Senator Charles Shumer of NY are publicly expressing outrage at such payouts, but it does seem quite real, and it all comes too damn late to matter. Where was the congressional disgust 1 year ago, 2 years ago, 5 years ago? Nobody pretended to know or care then.

Millions of Americans will either lose their homes, go bankrupt, lose their jobs and/or be otherwise negatively affected by the greatest housing market crash ever recorded in U.S. and world history, yet the business leaders who concocted, presided over, pumped and encouraged the biggest credit Ponzi scheme in history will be rewarded with millions of dollars for their efforts.

The plot appears to be officially lost.

Can this nation of supposedly united, federated and free states be possibly any more fucked up?

God help us all.

What? Homedebtors Mad As Hell? Hmm, wonder why. 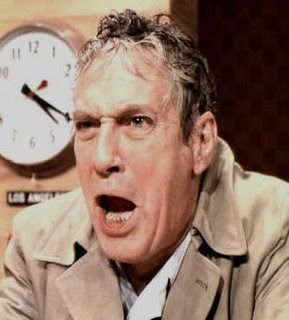 The Wall Street Journal reports on the "Cash for Keys" concept underway in Las Vegas, NV to prevent desperate, foreclosed and incredibly pissed off homedebtors from pouring cement down their toilets and in other ways trashing their lost homes. 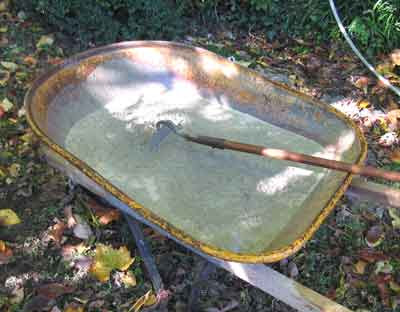 Put down the cable TV remote.

Stop watching American Idol, Comedy Central and Dateline: To Catch A Predator just long enough to read what the Secretary of the Treasury Henry Paulsen, minion of the Bush Administration, is proposing! Click Here. 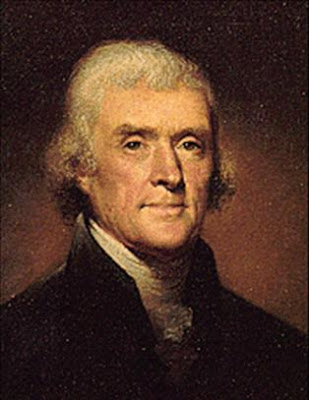 "I believe that banking institutions are more dangerous than standing armies... If the american people ever allow private banks to control the issue of currency... the banks and corporations that will grow up around them will deprive the people of there property until their children wake up homeless on the continent their father conquered"

This pig created by Paulsen should never fly. But given past American political complacency, it just might.
Posted by Markus Arelius at 3/29/2008 03:13:00 PM 1 comments

Mullin It Over in Lake Forest

It's spring time 2006 and I can really see myself buying into the market hype fueled by the classic realtor sales pitches of the era:

"Get in now while you still can!"

"Oh, you can always refinance in the future!"

"Prices in OC will never be this low again!"

"Rates have never been lower. It's a great time to buy!"

So I go ahead and by a 4 bedroom, 3 bath single family in lovely Lake Forest for $670,000, nevermind that the previous owner paid only $230,000 for it back in 1999. This is OC my friends. It doesn't get any better than this. Residential real estate never goes down, these prices are justified and this real estate expert guy named Gary was quoted in the newspaper, promising 15% annual appreciation! No brainer dude! Look at my home price! What more proof do you need?

I mean I gotta sell this thing. And screw convention and the comps! I'm going for the jugular. No more Mullin it over.

If it was ok for California realtors to cheerlead the entire real estate market to its euphoric price highs, is it now OK to stare with gaping mouth amazement at the collossal and historic housing crash now underway?

And dammit if both condos don't have brand new gas stoves!

Come on people! Let's get with the program, shall we!
The temporarily increased loan limits are starting to make no sense at all if people keep dropping their pants on price!

OC Realtors Said It Would Never Happen. Yet It's Happening Right Now. 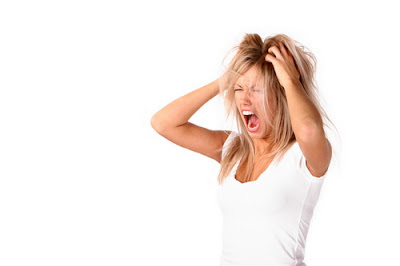 L.A. Times is reporting that Orange County, San Diego County and LA County collectively showing a 17% price decline between January 2007 and January 2008. Only Las Vegas and Miami are worse.
The C.A.R. reported an increase in the rate of home sales in February by 10% over the previous month,but this still constitutes a 29% decline from February 2007 sales.

CNN finally pulls its head out long enough to notice the obvious. "Hey, something must have happened over there in ahh...Irvane...Irving...Irvine, CA or something. Let's go find out what it was and then report on it."

"Honestly, some people are still sitting here with their jaws dropping, saying 'How did it happen?' It was just so fast," said Jacquie Ellis, CEO of the Irvine Chamber of Commerce. "Typically when you have a downturn, it's a slow decline.
That's not what happened here." 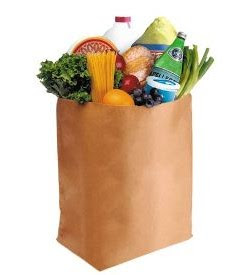 Home foreclosures in California increasing? Holy mother of God, yes! Do you even have to ask?

Cost of oil rising? Yes, and damn you hybrid drivers all to hell!

Cost of grain for food rising? Yes. And yes again.

And what about food!? This might be considered somewhat off-topic in terms of the housing market crash and smoldering ruins all around us. But it is important. And why? Because of how it fits into a family's monthly household budget. Housing expenditures make up the lion's share of any household budget, whether you're renting or in debt with a mortgage. For a family with 2 children in Lake Forest, California, households may be paying anywhere from $1500 to $4500 per month to put a roof over their heads from the most basic to the more elaborate. With the cost of gasoline and the cost of food rising, this will place added strain on household budgets in the coming months and perhaps years. A $400.00 grocery bill that now becomes a $500 to $550 monthly grocery bill can strain already tightening family budgets.

Given the ongoing national and state budget deficit crises, the likelihood that both federal and state income taxes will be raised over the next 4 years is quite high. The current rate of government borrowing can no longer sustain itself as the cost of money steadily increases.
Higher income taxes too will subtract less from the top line of household budgets.

In the housing market, something has got to give here. Home price corrections, such as the one underway in Orange County, California, typically take years, not months, to play out completely. And real estate is local, so some areas will correct faster than others.

Even if customer confidence were to soar overnight for some explicable reason, the fundamental problem remains the same.

What is the take home pay of median (the majority) of families in Orange County, California? And after monthly budgeted expenditures for groceries, gasoline, clothing, insurance for vehicles, maintenance expenditures and savings, is there enough money left over to purchase a house and meet the monthly mortgage payment obligation? Is there enough money left over to pay the rent? And finally, what is the delta between what I would pay to rent a house versus pay to "own" a house?

The answer to these questions right now is not encouraging for the majority of Orange County residents. And this is why the brutal housing market correction we are witnessing has still a long way to go in Orange County.
Posted by Markus Arelius at 3/14/2008 10:06:00 AM 0 comments

1 out of 5 bought a car or went on vacation 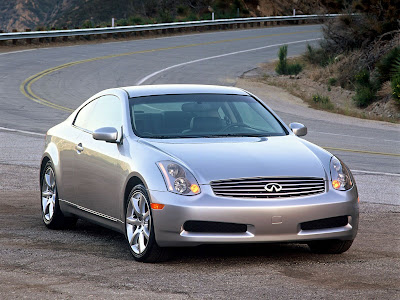 More Americans are now walking away from their legal obligation to payback money they borrowed from financial institutions to buy their homes. Many homedebtors want, and quite frankly are expecting, a full bailout from Uncle Sam or Tio Samuel to get them out of this financial quagmire.

But for thousands who desperate need help, it will never come:

"One-third of people who are delinquent should be in foreclosure. It's the best alternative," he says. "They don't have the money. They shouldn't have (gotten the loan) to begin with."

Millions of American homedebtors completely mismanaged their debts. They simply aren't earning enough money on a monthly basis to afford the homes they now reside in. Thousands have decided to give up on making payments to a home that is now worth less and less money each day they stay. They're handing over the keys, and flipping the bird to their mortgage lender.

And not all of these home losers had shitty credit ratings. Some had great credit ratings and pulled down the average annual earnings in Orange County, California, for example: $75,000 per anum. Unfortunately, families earning such "chickenfeed", still had no business purchasing homes 7 or even 10 times their annual gross earnings.

Many homedebtors remain in complete and utter shock, that a home, the highest value purchase they've ever made in their lives, could actually decline so dramatically in value in such a short time:

"As home prices fall from coast to coast, 8.8 million homeowners will have mortgage balances equal to or greater than the value of their property by the end of the month, Moody's Economy.com. predicts.

That could come as a shock to consumers who thought property values would always rise, and it helps explain the attitudes lenders are seeing among their troubled customers, Goodman says.

"If you buy a car and it depreciates," Goodman says, "you don't expect the automobile dealer to write off your loan. There's a sense of entitlement (among homeowners) that is just unbelievable."

Goodman, whose firm specializes in home equity credit lines, says the
main reasons people took out the loans were for home improvement, debt
consolidation and medical expenses. But he estimates that about 20% used the
cash to go on vacation or buy a new car."

And yet some felt it prudent to buy second and third cars, motorycles and to blow the dough on vacations.

Finally. But will justice ever be served? 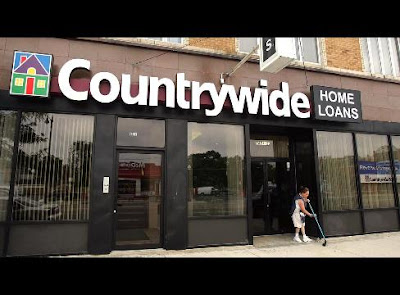 Finally, the FBI has begun an investigation into the dealings of Countrywide Financial Corporation, one of America's largest mortgage lenders according to the Associated Press. The investigation centers around whether Countrywide business leaders may have misrepresented the company's financial position and the quality of its mortgage loans.

Look. Here's a tip. When you're CEO of a company, pulling down about $2 million in salary a year, and then you start dumping millions of dollars of shares of that same company's stock over a short period of time, followed by the company declaring massive losses for issuing the shoddiest of quality mortgage loans, then don't be all that surprised when the SEC and perhaps the Feds show up to ask you a few questions.

In the case of Countrywide, it's about damn time.