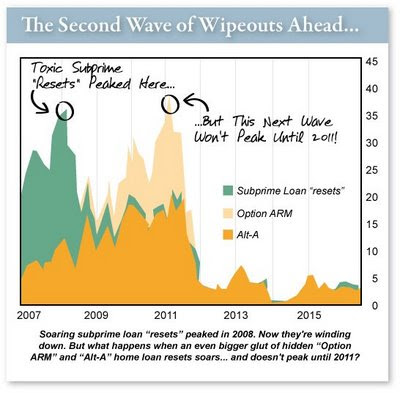 WAVE OF MUTILATION - The Pixies
cease to resist, giving my goodbye
drive my car into the ocean
you'll think i'm dead, but i sail away
on a wave of mutilation
a wave
wave 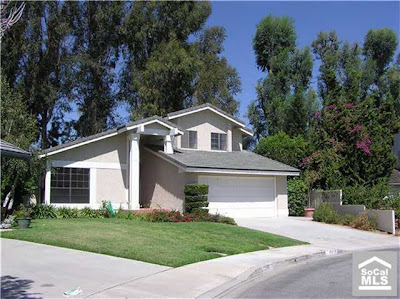 I've posted a number of local, Lake Forest, Calfornia examples where, during the time frame of approximately 2004 to 2007, people really bought in to the irrational exhuberance over "owning a home" and paying top dollar. The housing ladder only went up and the number of rungs was believed to be unlimited.

The examples I've cited have been mainly single family homes, and typically with 4 bedrooms, 2 baths or more. I want to make this important distinction, because none of us should lose sight of the fact that families are involved here. The lives of parents and children are probably being turned royally upside down by these trying financial times.

In my view, people who work today in the real estate profession rarely if ever admit to the social impact of their recent handiwork. Realtors, mortgage lenders and bank CEOs will talk all day about new listings, median home prices, monthly sales numbers and perhaps notices of default, the new tools for their website, and a recent closing experience, etc. But they don't seem to fully appreciate that behind all of these astonishing numbers are people. People just like you and me. People with hopes and dreams. People with worries and loves.

The downturn in the California housing market has quantifiable ramifications to be sure: bankruptcies, business closings, lost state and federal revenues, lost tax dollars, federal and state budget crises, increased taxes, unemployment (housing related and other), budget-related degradation of public services, and reduction in funding to school districts. These are serious, quantifiable issues that we've only begun to come to terms with.

But the other side of the coin is equally blemished. The social price tag of this downturn may not be known for many years. The housing market bubble and crash has affected people personally and psychologically in terms of their daily stress, their overall health, as well as the cohesiveness and well being of families. It may be too that the crises brings people closer together than before, which would be a good thing. My posts on this blog have often been sarcastic and angry. However, I do feel badly for those who made honest mistakes and for those who suffer because of them, especially young kids who may not fully understand what's gone wrong.

Since I started The Rancid Truth Blog about Orange County Real Estate in 2005, I was pissed off. Really pissed off. I've worked very hard, traveled extensively and earned good money. I've paid more than my fair share of state and federal income taxes, yet I have been utterly priced out of the volatile housing market here. I should be paying more for the privalege of renting a single family home, but I'm not. It's cheaper to rent here. And we all know today that Orange County California home prices were fueled by snake oil sales people (liars), irresponsible lending, irresponsible borrowing (lying on mortgage qualification docs), and unabashed greed.

And I'm still pissed off about all of this.

Sure, I was the responsible one. I didn't take massive risks, yet my federal and state taxes are going up, my rent stays the same, yet I'm helping unqualified people stay in homes that they can't afford, and that I might otherwise have been in a position to buy myself (if prices where allowed to adjust) and assume all of the responsibility that this might entail, including paying local property taxes.

I'm convinced that I'm right to be angry about what's happened here (and still happening here), and to demand change. I don't want a medal for being financially prudent the last 4 years. But I do think that the housing market needs to be allowed to shake itself out and correct, fully understanding and appreciating that there will be significant financial and social casualties in the process. The sooner the market heals itself, the sooner it can recover.

On to today's example:

The setting is June of 2005, Lake Forest, California. The single family housing market is white-hot. Home buyers, lenders and Realtors are living the high life. Homes are selling like umbrellas during a rainstorm, and at stratospheric prices.

Home Sales Up in Orange County. Mortgage Defaults Also Up. 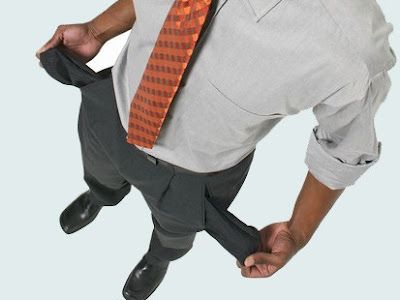 Meanwhile, Orange County home mortgage defaults increased 19% in Q1 of 2009 over Q1 2008.
So is it finally time to sing halleluja to an OC housing market recovery?

I don't know man. I've got a really bad feeling about this. And this.

I mean seriously, with all that we have experienced in the last 18 months within this state, do California residents now make the biggest procurement decisions of their lives when there is uncertainty about future employment?

In other news, if you live in OC, you're home is probably overvalued (overassessed) and you're probably paying more in property taxes than you should be. Many homedebtors in OC are now filing appeals with the county to adjust their home property tax bills. But less property tax revenues in OC is going to likely negate some drastic cuts in educational programs by OC school districts. These cuts included firing teachers, eliminating courses and closing down elementary schools. 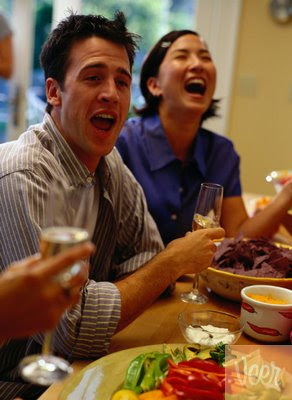 2005 must have been an interesting year in the Orange County housing market.

15%+ appreciation on home sales. Skyrocketing home prices. Champagne and chocolate fountains. Hot hors d'oerves. And of course, parties around OC would not have been complete without the loud, depreciating jokes about foolish renters and housing market doomsayers.

Four years later we can only look back at this period with our heads cocked to the side and a "WTF?" look of grimace on our faces.

That's all we can do. Because the damage is done. And like it not, we're all paying for it. Big time.

Today's example is 21892 Apache in Lake Forest. The location is appropriate. This is a beautiful 4 bedroom 3 bed, single family home with a massive backyard in lovely Lake Forest. The home is close to schools and far enough from the free way and the train to enjoy.

Now let's look at the ridiculous sales history that could only make sense to individuals in complete and utter denial, or in a drunken stupor of irrational exhuberance:

Oh, it's in our homedebtor bailout taxpayer checkbook. We'll go get it for you.

Thanks again to the Orange County realtors, mortgage brokers, and financially inept borrowers for the greed and complete lack of integrity, and for all of those funny jokes.
Posted by Markus Arelius at 4/26/2009 10:18:00 AM 0 comments 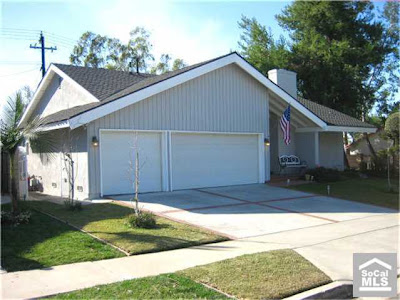 Ahhh, late autumn 2005. All is right with the world. Single family homes are selling like hotcakes all over Orange County, California. 15 to 25% home price appreciation seemingly everywhere you look. OC realtors cashing those commission checks, buying H3 Hummers and brand new Lexuses, or just putting in their own little "cement pond" to celebrate the ongoing gravy train of success. Real estate house flippers are, well, flippin' out.

One fine day, a nice little 5 bedroom, 2 bath single family home on Rumble Drive in Lake Forest comes up for sale for $725,000. Rumble Drive is located within earshot of the excruciatingly loud Amtrak train line between Irvine and San Diego, and the busiest and most treacherous roadway in Lake Forest: Six-lane El Toro Road.

This home last sold for $398K (little over half the original buy price) just 2 years before ($398K in 2003). But it's 2005 and dammit if prices for single family homes weren't hitting the stratosphere all over Lake Forest and all surrounding OC communities! I've gotta fix it and flip it, dudes! I gotta make some moves and be somebody. They all said it could be and should be done. Besides, Gary Watts and Connie de Groot are the smartest people in the whole wide world.

A year after the November 2005 purchase, the home is listed on the MLS in December 2006. Over a series of 2 1/2 years the home is listed, delisted and then relisted again with perfectly neurotic pricing changes. One can almost sense the frustration and disbelief. This can't be really happening. Or can it be?

Today the home is up for sale again on Redfin, his time for a brutal sale price of $499K as of March 29th. More price declines may be in the offing.