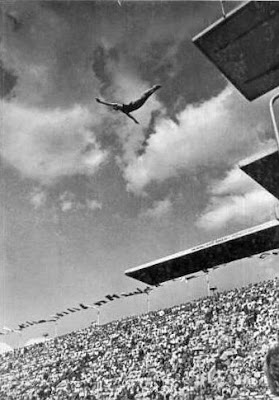 There are plenty of people out there in Lake Forest, California who believe housing values will come roaring back to 2005 levels any second now.

Here's another textbook example of devastating value loss in the community suffered mainly due to a complete inability to accept reality: 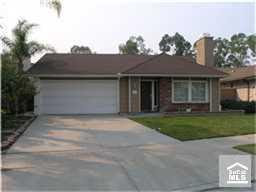 It boggles the mind to consider that only 5 years ago in 2005 some nitwit agreed to pay $659,000 (over 10 times the median income in the county) using what looks to be close to 100% financing - all not just for the pleasure of listening, but of facing 12 lanes of roaring traffic generously provided free of charge by the State of California and the 5 San Diego Freeway. 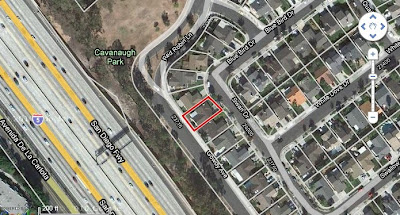 So what you're saying is I get the fortune of living right next to one of the busiest, smog-choked highways in the nation?
Where do I sign?
As if that were not enough comedy for you to consider, the home was listed for sale just two years later in October 2007. The proprietor has been chasing down the market ever since. The property is now in foreclosure and facing auction later this month at an estimated market value of $342,000 (Realtytrac). And the home is still up for sale (207 days?) listed at $389,999.

So what lending institution did their homework and looked at the appraisal data on this property? Express Capital Lending. Nice.

Just to add more insult to injury, the previous owner purchased this healthy lifestyle winner back in October 2001 for $198,500. Now think about this for a moment. The previous owner managed to successfully sell this carbon monoxide ranch only 4 years later for almost half a million more? With a $659,000 listing price today, one would believe the owner to be chronically high on highway 5 fumes!

It'll be interesting to see how this home fares at auction. $389,000 seems delusional to me. Now I know that "beggars can't be choosers" when it comes to buying homes and I like getting high as much as the next person, but I'd rather be a beggar than give myself and my kids emphysema living right next door to the damn freeway.
Posted by Markus Arelius at 7/03/2010 07:33:00 AM

Markus Arelius, Thank you for all of your hard work on doing this blog.

I am glad to know there are still some sane people in the world who not only didn't buy into the real estate madness, but are in no hurry to buy now since prices still have a long way to go down, what with all of the shadow inventory, desperate sellers and foreclosures needed to be cleared from the bank's books.

(sorry for any typos, my keyboard is acting up.)

Keep fighting the good fight, victory most definitely will be yours.

Dude, you suck at updating your blog.

Nice property to have. Great blog in here.

Great update on the the OC market...more posts please..